Several world performances with the participation of the Yurlov Choir followed.

Spring 2005 during “The Cherry-Tree Forest” festival the Yurlov Choir in collaboration with Yuri Bashmet executed Symphony No.4 for violin, choir and orchestra “Devoted to the 60th Great Victory Anniversary” and “Russian Requiem” by A.Tchaikovsky.

2006 A successful first performance of “Requiem” by Alemdar Karamanov in Moscow.

2007 Admirers of Georgy Sviridov experienced first performance of the composer’s “The Friendly Guest” cantata, executed by the Yurlov Choir at the Moscow International Music Centre. Next December the ensemble performed it in Kursk, which is composer’s homeland.

2008 Long-term collaboration with Shirvani Chalayev developed into premier of the new opera “Cossacks”.

2009 began with the musical premier of “Russian Christmas Carols” by Alexey Larin. Yuri Bashmet’s execution of “Styx” by Giya Kancheli for viola and choir at the anniversary concert of the composer became an outstanding event in Moscow music life. In collaboration with Yuri Bashmet the Yurlov Choir performed “The Myrrh-Bearer“ for viola, chorus and drum of the famous British composer John Tavener, first time in 2009.

The Yurlov Choir has opened new areas of concert activity and joined in various music projects.

One of the first Gennady Dmitryak’s initiatives was “Russian Kremlins” festival establishment. It was planned as an All-Russian choral orthodox music festival gathering best choral groups in various Russian cities. “Kremlin is not just a fortress and not only a cultural attraction, but also a historical centre of public, political, religious and spiritual life. It could unite Russian cities, such as Moscow, Pskov, Ryazan, Uglich, Dmitrov, Tobolsk, Astakhan and Kostroma. This festival could popularize Russian choral art in our country…” Gennady Dmitryak

There were not only solo concerts during the tours: keeping Yurlov’s values alive, the Choir wasted no chance to execute jointly with a symphony orchestra or a musical group of the city they visited. The Yurlov Choir gained outstanding reviews for these concerts. “I discover growing interest to choral music that our fellow countrymen’s hearts miss. It probably puts something to their souls that other music genres lack.” Gennady Dmitryak

60th ANNYVERSARY OF THE GREAT VICTORY

In recent years many young and talented singers joined us. Yurlov Choir draws its singers from state and national universities’ finest choral alumni, and most are professional musicians or have degrees in vocal music and conducting. They are graduates of the Moscow State Conservatory, Gnessins Academy of Music, Academy of Choral Art, Saratov Conservatory, Ufa Academy of Arts, Krasnoyarsk Institute of Arts.

One of the principles of work in the Yurlov Choir is generational continuity – highly qualified singers share their experience with young performers in the process.

In autumn 2003 Yurlov Russian State Academic Choir moved to a new building. It is a roomy premises with a specious hall and good acoustics.

In may 2009 the Yurlov Russian State Academic Choir was awarded with the First Prize at the International Festival of Orthodox Church Music „Hajnówka 2009” (Poland), and prestigious award from the President of Poland Television.

TRADITIONS OF THE GREAT RUSSIAN CHOIR

The Yurlov Choir went down in history of performing art with its characteristic features – special large-scale sound patterns, its own method of interpretation of world and congenial native classics. Today the Choir’s impressive repertoire is determined by its long history, intergenerational continuity (a number of Russian and foreign classical compositions form its “gold fund”); principles of work, keen interest in contemporary music, its wide expressive potential.

The Yurlov Choir’s repertoire includes large cantata and oratorio compositions from the grand “Mass in h-moll” by J.S. Bach to “Sticks” by Gia Kanchelli; it is a gold mine of choral miniatures from Renaissance madrigals to genre musical pictures of Yu. Falik and N. Sidelnikov.

One of the complex tasks that the Yurlov Choir solves today is natural fusion of traditionally strong and rich sounding timbre with plasticity and virtuosic liveliness of sounding. Stylistic and genre variety of choral compositions, that the Choir executes, makes demands.

An important feature of the Choir that can’t be left out in the cold is that they aspire to make the most out of their professional and creative potential. The importance of this fact can scarcely be overestimated – audience feels that the Choir is completely devoted to work.

Priceless gift of the Yurlov’s Choir is the inherited centuries-old traditions, fostered be a pleiad of best masters of choral art.

“Russian choral tradition should be seen as not only a page of native culture, but also as a treasure of national unity symbols which was gained through many centuries. Fortunately, it is still available to us, and it would be a big mistake to underappreciated the great potential it keeps.” Gennady Dmitryak 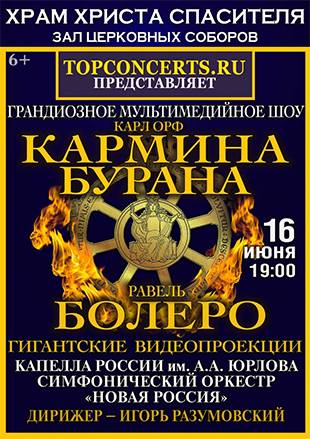 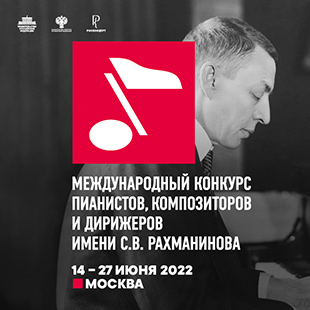